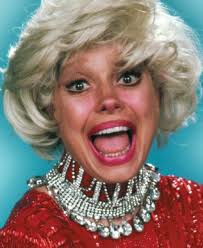 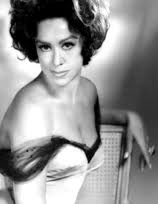 Full disclosure: this is Richard Skipper’s story, which I feel compelled to share: most of you will recognize Richard as being the foremost impersonator of Carol Channing, as well as her dear friend. Carol has praised Richard as the best delineator of her persona; so it was not surprising, when illness prevented Carol from performing at a benefit, that Richard was asked to appear as her replacement -in full Carol regalia. If you’ve never seen Richard do Carol, you must take my word that he is, in a word, magnificent. He has the look, the voice, the attitude down to the tiniest detail -and he tosses out huge glass diamond rings at the end of his performance.

Well, the crowd went wild. They had been warned that -due to the real Carol’s indisposition- Richard was being pressed into service to take her place. Well, as it happens, the singer Patrice Munsel had arrived late, too late to hear the announcement, and she was knocked out, as was everybody, by Richard’s performance -she didn’t even know it was he. After the show, she came up to offer congratulations, and slowly, almost sensually, drew the back of her hand along Richard’s cheek. “Darling,” she said to him, “I’ve never seen you better. And I don’t know how you do it -at our age-  but your skin is absolutely perfect!” Then, sotto voce, she whispered into Richard’s ear, “You must give me the name of your surgeon.”