Here I am boarding the QM2 to Southampton-a grin of anticipation on my face. Our first cruise together, my wife Suzanne and me, and I must say, We started at the top. Seven days aboard a floating luxury hotel; Suzanne, just in the process of switching from PC to MAC, was thrilled to find MAC classes among the activities. She even attracted an admirer who thought he might get lucky -imagine his displeasure when I was introduced. He masked it beautifully. CABIN: spacious enough that we weren’t cramped -and with a balcony that allowed a view of the ocean. FOOD: I’d call it BPlus -we paid a premium for Asian dining and it was the best meal we had onboard. All in all, a very well-run ship, with lovely personnel.  THE EURODAM                                                                                                   was also a lovely ship -top of the Holland-America line. Took us to the Baltic, with stops at Copenhagen, Tallinn, St. Petersburg, Helsinki, Stockholm and Berlin (actually Waarnemunde). I’ve posted elsewhere about these ports, but in describing the HA experience, it suffers by comparison to the Cunard ship. CABIN: was roughly equivalent. But…..FOOD: was erratic, though we stayed free of any premium options. Breakfast buffet was our favorite, with a large, boiling cauldron for poached eggs and an omlet station and a large array of cereals, waffles, pancakes etc. Service however, by a predominantly Indonesian crew was so smilingly obsequious and eager to practice their English, that it soon palled. One charming touch: our cabin steward fashioned little towel animals and left them on the bedspread. Here’s one:

Unfortunately, I spent all my energy in our first port, Tallinn, and was unable to attack the other stops with the same enthusiasm -a pity, as both Petersburg and Stockholm could’ve used more time.  TO BE CONTINUED 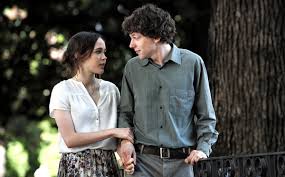 Can’t say enough about this charming town, STOCKHOLM – the place has a buoyancy of spirit that seems to crest on the waterway that serves as an avenue to the various quartiers. You hop on and hop off the little ferries. One ferry line has headphones at your seat jacked into a central system that will deliver info in any of six languages – just choose your channel! A small-town ambience that mixes with a cosmopolitan awareness. Waiting to board this ferry at one of the stops, a young man offered me his tickets -“I can’t use them,” he said. “If you want them, they’re yours.” A generosity of spirit that seems endemic to the people. The office buildings have turrets on them, and they’re pink! A touch of Fairyland!

And here’s my shot of the fabulous VASA, the warship that’s been salvaged, restored and hung from the ceiling in a three-story museum. It sank in 1628 -was dredged up in 1960.  Wow. (that little construction at the top of the page is a stingray made from a towel; the cabin stewards put one of these on the bed every night.)

Yes, the Hermitage Museum is worth visiting -if simply for the one Rembrandt entitled “The Old Jew”. Rembrandt’s genius strikes you unexpectedly, shockingly, as you view the eyes and the mouth of this portrait. He manages to capture the soul of the man…an incredible achievement, the painting seems to breathe in front of you. Worth the entire visit, it’s a memory that sticks with me. Then there’s the Peterhof Palace, noteworthy for it’s dazzling fountains, which activate every morning at eleven, accompanied by an inflated, majestic John Williams-style score.

But it IS impressive, geysers of rainbow-hued water, spewing forth the glory of Peter the Great, everyone standing at the railing, awed, taking peekshas. If you go, book a private tour, otherwise you’ll wait hours on line. Our guide, Svetlana, was nimble as a minnow, gliding us guppy-like around the perimeter of the lines. We ate lunch at a cafe called The Idiot (after Dostoyevsky) -great Borscht. But for me, the most intriguing, dramatic hour of our tour was a visit to the house where Rasputin was assassinated, the Yusupov apartments.

This guy was the Elmer Gantry, the Aimee Semple MacPherson to the Czars, he had them in thrall -because he seemed to be able to arrest little Nikki’s hemophilia -through hypnotism! The officials surrounding the elder Nikolai and his Queen, Alexandra, fiercely resented his influence over the royal family -so they planned an assassination: they fed the holy man a poisoned dinner, but he didn’t die. They shot him, but he didn’t die, he crawled up a staircase into the courtyard, where they shot him again, tied him up and threw him in the Neva River. That did it, finally, and at the Yusupov they have a kind of Madame Tussaud reconstruction of the murderous evening, with wax figures holding pistols, etc. A provocative climax to our first day. Second day we visited the Cafe Singer, built by the sewing machine magnate. This is the most impressive bookstore in the world, with a three-story ceiling and books and DVD‘s in many languages. Amazingly, I found a paperback mystery by my favorite Noir author, Cornell Woolrich! It’s in English, with the American idioms translated into Russian as footnotes. An unbelievable discovery. NEXT WEEK: STOCKHOLM.

First place we hit was Tallinn, in Estonia. Initial exposure to completely different culture, but…What a let down. Visited the Old Town (supposedly the most worthwhile area). Tacky souvenir shops all selling the same nested Russian dolls…and uninviting restaurants around the Square selling herring, herring, herring. Expended far too much energy walking up the damn cobblestoned inclines. There IS one church (the Nevsky) with an interesting triptych set of windows: each of the three panels shows one (sainted) figure apiece. Never saw that before. All other cathedrals I’ve seen show several figures in their windows. There was a line of people waiting to see a father confessor (and make an appropriate donation). Frankly, I never want to see another church again. I’ve seen Westminster Abbey, Saint Peter‘s, St. Patrick‘s, Chartres and Notre Dame, ain’t that enough??? For one lifetime?  Oh, and St. John’s.  And this place felt totally touristy. However: the one shop in town that interested me sold old sheet music and records -hey! They had a 3-LP set of a Russian musical (!) of The Three Musketeers. Didn’t want to lug it; now that I’m home, of course, I regret that decision. We did not pause to eat there, as nothing looked that appetizing. Wish I had this day back.

THE REMBRANDT DINING ROOM on the Holland-America ship EURODAM. Best dish I had there was a sauteed halibut, tender and tasty. Food generally B to Bplus. The cellar was out of the wine I wanted. There IS better food onboard, on other decks -but they charge a supplement in restaurants like The Pinnacle Grill. We found the Lido Buffet to be OK, the least formal, with a good range of choices. Up there, at breakfast, you could get poached eggs on toast, they had an omelette station, waffles, pancakes and -my choice- a Muesli that had been pre-soaked in cream/half and half. Toss a few slices of banana on top and Bob’s your uncle (and your aunt’s Fanny, a Brit riposted when I said this).