He died last Thursday, Robert Treboux, the owner of a classic NY restaurant: It’s called Le Veau d’Or, the Golden Calf -one of Manhattan’s first Bistro’s. It was not a Destination Dining spot, you went there for dependably excellent cooking, when you didn’t need to dress up or be part of a Trendy crowd. Steve Gordon and I went in there one night, and sat down beside a tiny lady in her eighties at the adjoining table.  “Hi,” I said to her, being friendly, “we’re your in-flight companions for this meal.”   “Oh, isn’t this just the most wonderful place?” she replied. “I always have such good food here.” “What did you have tonight?” I inquired. “Let’s see,” she said, “I had the veal ragout, with those wonderful little carrot batons -no, wait -it seems to me maybe I had the sole meuniere with the garlic mashed potatoes.    I was thinking of the kidneys in red wine, but you know, organ meats aren’t good for you -too much cholesterol.” She paused a moment, considering. “Sometimes I have the bass en croute, but I don’t think I had it tonight, because I’m in the mood for a red wine…” The waiter approached: “Alors, Madame, “he said to her, “are you ready to order?”

Big tent -fancy h’ors d’oeuvres from name caterers. Quite a few impressive names: Robert Caro, David Baldacci, Dava Sobel -each had a new book to plug; I had a funny incident with Dan Rattiner, publisher of Dan’s Paper, a Hampton’s fixture for forty years: his book reviewer, Joan Baum, had given me a great pre-publication quote -which was printed on the back of my new thriller, Operation Ruby Slipper -so to say Thanks I showed him my only copy of the novel, which he grabbed and tried to appropriate, under the impression I was giving it to him. I had to yank it back, an embarrassing moment for both of us. I personally knew a couple of the authors -Robt. Klein, with whom I’d worked at the Improvisation, and Dick Cavett, who had featured Judy Garland on his show when I was with her. So we had a brief reminiscence, and my wife Suzanne got this photo.

This is a story Audrey Morris delivered as we were recording The Saturn Session in West Palm Beach. I’d corralled Charlie Cochran, Patti Wicks, William Roy and Audrey into a recording studio for an afternoon of song and anecdote and this is what Audrey told us -as I remember it. She said early in her career, she was entertaining in a  Chicago club where the piano was in a sunken pit, below a circular bar. Now Audrey is a superb singer/pianist who deserves anyone’s full attention, but at this club the crowd was ignoring her intimate stylings and simply chattering away above her. Audrey did a full forty-minute set and became increasingly frustrated and depressed as she offered these gems to an unheeding crowd: Rodgers and Hart, Jimmy Van Heusen, Cole Porter, her whole classy repertoire fell on deaf ears. And then, as she took a break, who should enter the room but Oscar Petersen, the great Canadian jazz pianist. 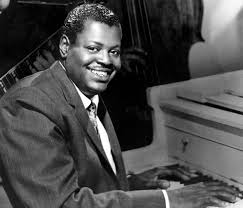 To many aficionados Petersen comes next in the pantheon after Art Tatum.   He was a musician of impeccable taste and invention -and a huge star in the world of jazz piano. Oh, Oscar, wailed Audrey, here I am singing my guts out and nobody hears a note; what am I doing wrong? Petersen smiled in sympathy. It’s not you, Audrey, he assured her, they’re simply not in the mood to listen now, and I’ll prove it to you -watch this: And he climbed into the pit, sat down at the keyboard and reeled off the most brilliant rendition of The Man I Love, with all his dazzle, taste and elegant brio.

And not one of the crowd paid the slightest attention.

There are half-a-dozen more stories like this on the CD, The Saturn Session –along with some of the tastiest performing and unusual repertoire. Patti and Audrey come from a jazz background, Charlie and Billy come from the Broadway/Hollywood arena. Bobbie Horowitz and I come from cabaret.     You may sample all of us at CDBaby.com. 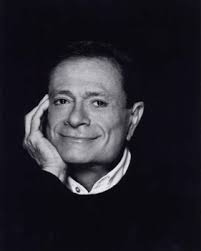 D’you suppose Jerry Herman is suffering Survivor Guilt over Marvin Hamlisch? Good God, Why wasn’t it me??? I was standing right next to him!

Yeah, I know I’ll probably take flak for this, but it made me smile. 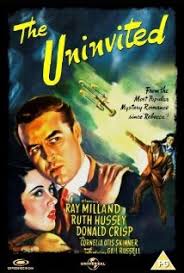 Her name was Maddie, and she ran a Bed and Breakfast in Hyde Park that had classic Hollywood films as it’s theme -it was called Flickers. Maddie was a cheerful redhead -Irish, like a lesser Maureen O’Hara with a touch of Tessie O’Shea, and she had placed dozens of posters on the walls; Casablanca, of course, and Gone with the Wind, and assorted shots from other 40’s films.  I remember being surprised to see Ray Milland pictured in a still from The Uninvited. The accomodation was no better than usual, but what the hell, we were there, the price was right, and Maddie was glad to receive visitors who could talk the celebrity-sprinkled language she favored. “So you knew Judy Garland, did you? Well, did I tell you about my experience with John Lennon?” she inquired one night after we came home from dinner. I had the feeling she’d waited up for us specially, and had saved this story for our delectation. “No, Maddie,” I said, obligingly, “did you actually meet him?” “Well, not exactly,” she said (Anh hanh, I sighed mentally, I thought perhaps not).

“But just listen: my friend Seely and I went down to the Stratford, in Philadelphia, you know? Because the Beatles had appeared in town the night before, and next morning we ran down to their hotel before they checked out, we thought maybe we could cadge an autograph or somethin’, and of course there was about a hundred policemen protecting them -all around the hotel, oh, and wasn’t it packed with teenagers, all squealin’ their guts out doncha know -well, what none of us knew was that the boys had snuck out through the kitchen entrance hours before and wasn’t no way anyone was gettin’ an autograph or anythin’ else.” “Wow,” I said, just to keep her going, though I doubt anything could have stopped her. “So I says to my friend, ‘Seely,’ I says, ‘wait here, I’m goin’ round the back’ and I snuck in the kitchen entrance and grabbed an elevator, and took it up to the tenth floor and there was the maid, vacuuming up the suite, they were just beginnin’ to clean it, and I march in with great authority and I says to her, ‘This where John Lennon stayed?’ and she says Yes, and so, –cool as you please, I march over to the rumpled bed, -she hadn’t made it up yet- and there on the night table, in an ash tray, is a cigarette, like all squashed out. So quick as a flash I open my purse and scoop in the butt. I take a quick look around to see if maybe John’s forgotten anythin’ -like possibly a bedroom slipper- but no, there wasn’t nothin’; so I scurry out and when I get downstairs, Seely’s amazed, simply amazed. I showed it to her. And when I got back, I put it in a china bowl and I have it upstairs, now, if you’d like to see it.” “Well, Maddie,” I said, “thanks for the offer, but…what are you gonna do with it? I doubt you could sell it, a used cigarette butt.” Maddie looked at me as though I’d gone insane. “Don’t you see???” she hissed at me. “How valuable it’s gonna be? That little butt? Because after a few more years, when science has made the advance, I’ll be able to clone him. John Lennon. Because I’ve got his DNA -on that cigarette butt.”

Worth the entire trip.