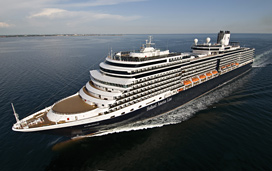 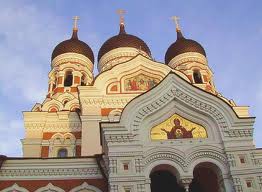 First place we hit was Tallinn, in Estonia. Initial exposure to completely different culture, but…What a let down. Visited the Old Town (supposedly the most worthwhile area). Tacky souvenir shops all selling the same nested Russian dolls…and uninviting restaurants around the Square selling herring, herring, herring. Expended far too much energy walking up the damn cobblestoned inclines. There IS one church (the Nevsky) with an interesting triptych set of windows: each of the three panels shows one (sainted) figure apiece. Never saw that before. All other cathedrals I’ve seen show several figures in their windows. There was a line of people waiting to see a father confessor (and make an appropriate donation). Frankly, I never want to see another church again. I’ve seen Westminster Abbey, Saint Peter‘s, St. Patrick‘s, Chartres and Notre Dame, ain’t that enough??? For one lifetime?  Oh, and St. John’s.  And this place felt totally touristy. However: the one shop in town that interested me sold old sheet music and records -hey! They had a 3-LP set of a Russian musical (!) of The Three Musketeers. Didn’t want to lug it; now that I’m home, of course, I regret that decision. We did not pause to eat there, as nothing looked that appetizing. Wish I had this day back. 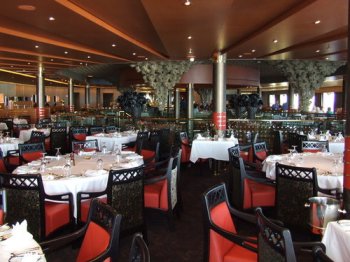 THE REMBRANDT DINING ROOM on the Holland-America ship EURODAM. Best dish I had there was a sauteed halibut, tender and tasty. Food generally B to Bplus. The cellar was out of the wine I wanted. There IS better food onboard, on other decks -but they charge a supplement in restaurants like The Pinnacle Grill. We found the Lido Buffet to be OK, the least formal, with a good range of choices. Up there, at breakfast, you could get poached eggs on toast, they had an omelette station, waffles, pancakes and -my choice- a Muesli that had been pre-soaked in cream/half and half. Toss a few slices of banana on top and Bob’s your uncle (and your aunt’s Fanny, a Brit riposted when I said this).