I met Bricktop through Helene DeLys, who’d sung in her club in Rome. I looked forward to meeting this legendary figure, but I soon learned she took up all the air in the room. Everything she said was totally self-serving, justified in her mind by the dropping of a famous name. A sample monologue (which could run on for twenty minutes) would go like this: “Ernest Hemingway used to come in every night. ‘Brickie,’ he told me, ‘no-one can run a room the way you do. That’s why you’re such a success.’ And Mabel, well, Mabel Mercer used to tell me, ‘I won’t sing anywhere else, Brickie, because you make them listen’, well, that was true, if anyone so much as whispered I would give them a warning, just go stand by the table, you know, but they’d get the message, and in Paris, well, Cole Porter, he was in all the time, 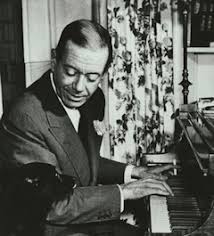 he wrote Miss Otis Regrets for me, you know, and he told me, ‘Brickie, you don’t have what anyone would call a voice, but I’d rather hear you sing my material than anyone else; did I tell you he wrote Miss Otis Regrets for me? Well, he did, he had a fight on the street with Scott Fitzgerald about it, and one night the Prince of Wales came in–” I will admit though, that as a performer she had something. I heard her sing Miss Otis Regrets (Hugh Shannon accompanied her) at the April in Paris ball. She was terrific. Her big number was called I’m a Little Blackbird, Looking for a Bluebird Now. She was great on the club floor, but God forbid you should draw her as a dinner companion. You’d never get a word in edgewise.