He died last Thursday, Robert Treboux, the owner of a classic NY restaurant: It’s called Le Veau d’Or, the Golden Calf -one of Manhattan’s first Bistro’s. It was not a Destination Dining spot, you went there for dependably excellent cooking, when you didn’t need to dress up or be part of a Trendy crowd. Steve Gordon and I went in there one night, and sat down beside a tiny lady in her eighties at the adjoining table.  “Hi,” I said to her, being friendly, “we’re your in-flight companions for this meal.”   “Oh, isn’t this just the most wonderful place?” she replied. “I always have such good food here.” “What did you have tonight?” I inquired. “Let’s see,” she said, “I had the veal ragout, with those wonderful little carrot batons -no, wait -it seems to me maybe I had the sole meuniere with the garlic mashed potatoes.    I was thinking of the kidneys in red wine, but you know, organ meats aren’t good for you -too much cholesterol.” She paused a moment, considering. “Sometimes I have the bass en croute, but I don’t think I had it tonight, because I’m in the mood for a red wine…” The waiter approached: “Alors, Madame, “he said to her, “are you ready to order?”

I’m in the queue at Citarella, inching towards the register, my shopping basket filled with a tuna steak (Sushi-grade), a pint of broccoli rabe, three Bartlett pears and a Lindt chocolate bar. Total cost will be somewhere around fifty-five dollars. I’m part of the affluent, Upper West Side consumer scene, idly wondering whether to do the tuna w/Teriyaki sauce or au poivre. In front of me, a thirty-something mom and her daughter, perhaps six years old. The little girl gives a sudden coo of excitement. “Mommy, look!” She bends down and plucks a dime from the floor, rising proudly to display her discovery in the palm of her hand.  “Oh, Tiffany, aren’t you observant! Good for you!” says Mommy, showering the child with Positive Re-enforcement. But then she says: “Somebody must have lost it. It belongs to someone. We’ll give it to the lady at the register.” Well, the kid’s face drops a mile and she starts blinking rapidly. “But Mommy, I found it…” “Yes, honey, but we don’t keep other people’s things. It’s not honest.” The child looks sadly at the floor, not wanting to accept this verdict. I feel a tide of fury rise within me. Of all the unjust, unfair, pain-in-the-ass, Politically Correct-Montessori Method bullshit! I tap her on the shoulder and she turns. To my chagrin I see she is a striking red-head in a cashmere sweater. “Didn’t you ever hear of Finders Keepers?” I ask her. The kid looks up at me hopefully. Has she found an ally? Can mommy’s decision possibly be reversed? The mommy gives me the tightest of smiles. The look in her eye is close to murderous. She’s obviously restraining herself from lashing out violently in a very unfriendly response. Her eyes,  I notice, are tastefully made up, just a hint of pencil and a subtle brush of violet shadow. A flash fantasy drops into my head: this is the beginning of the hottest romance I’ll ever know in my life. Yes, here, with this hostile lady. Oh sure, we’ll argue all the way through checkout (at adjoining registers) about the morality of how to dispose of the kid’s found coin, taking the heated, unfriendly (but hot) clash all the way outside and into the street, during which I’ll learn that the kid’s father is no longer around (killed in a car crash) and that she’s a Broadway performer in need of an original song for her cabaret act and then (jump-cut) I see us in bed, she’s riding me, my hips are thrusting upwards, her eyes are closed in ecstasy, her thrilling, low voice a sensual moan and I’m about to lose control…Except, Oops, the line’s moving forward. I’m hurtled out of my dream, I’m back in Citarella’s, and her turn’s been called (“Next–“). She’s pulling Tiffany along but she throws a parting shot at me over her shoulder, and it’s nasty: “When I want your opinion on how to raise my child, I’ll let you know.”

Oh well. Such is the life of a dreamer-fantasist. 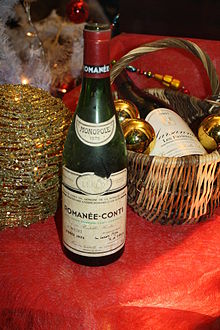 The first time I met Frank, he put a fifty in my tip jar. Wanted me to know he was a Big Man. He was dating one of the girls there at The Gaslight, let’s call her Jodi, and she could sing and she had taste and of course she was beautiful. All the girls the Gaslight hired had to be beautiful and had to wear abbreviated Gay-Nineties, teddy-style outfits with the push-up bra. Because that was the theme, the gaslight era, and the club was in a five story town-house on East fifty-sixth street, between Park and Lex. It thought of itself as competition for The Playboy Club and it was run by Italians. The male staffers – and that included the singer/pianists- dressed on the fifth floor, we each had a vertical steel locker, as in a health club, where we kept our tuxedos. Oh yes, the male employees had to sport formal wear because this was a real class operation. One Monday I was changing and my shoe slipped on something and I looked down and there were shell casings on the floor. Little brass shell-casings, each with a tiny indentation on the metal where the hammer had struck. So you wanted to mind your manners. There wasn’t supposed to be any fraternizing between the boys and girls on the job, because the girls were supposed to flirt with the customers, and an on-site boy-friend would put a crimp in this. And Frank was precisely the kind of guy management encouraged, an affluent trader in the market who came around to hear his girl-friend, Jodi, do a few numbers. Jodi liked me the best of the players, because I knew some of the more rarefied tunes she liked to sing, numbers like The End of a Love Affair. I could have gone for her in the well-known Big Way, but she had a twelve year old daughter (uh oh) and of course there was Frank. 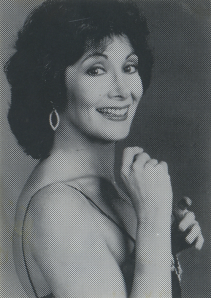 And Leila. Leila was my lady, and she was smart and funny and undeniably gorgeous. So one evening, Frank -knowing of my gourmet pretensions – took us to La Cote Basque, the little jewel-box offshoot of Soule’s famous Le Pavillon. Frank liked to dine well himself, and he welcomed this chance to show off his largesse. Well, there was Romanee-Conti 1966 listed on the wine card. Eighteen hundred dollars for the bottle. “We’ll have a bottle of this,” he told the waiter, pointing to the entry on the wine-card. I simply gasped. I’d never had this wine, the crown of Burgundy, renowned through the ages as the wine of princes, kings, diplomats. Eagerly, I watched as the purple nectar was decanted, relishing the thought of my first taste when my leg of lamb arrived. It would need at least forty-five minutes to breathe and show its bouquet and power. To my chagrin, Frank picked up the decanter and poured a glass for each of us. He lifted his glass. “Cheers,” he said. I was horrified. It was clear he expected each of us to to drink along with him. He obviously had no idea how unyielding this wine would be right now. But we had to follow his lead. Unwillingly, I put the glass to my nose and took a sniff. Reputedly, I should be inhaling a bouquet of raspberries, violets, perhaps a hint of licorice -all held in perfect suspension. Well, there was nothing. The wine was closed, No Admittance, come back in an hour. Frank was drinking, and so were Jodi and Leila. I resolved to save as much of the wine as I could for as long as I could. I tipped a minimal amount of the liquid into my mouth for a taste. Apart from a bite of acidity, there was almost no character -it was as if you were trying to suck a lollipop that had been encased in the finger of a leather glove. Frank was looking at me. “What is it John, no good? Should I send it back?” “No, no, Frank, it’s fine, I’m just saving some for the food.” Well, by the time the food arrived, Frank had gone through most of the bottle. The two sips that I’d managed to salvage had finally begun to show just the foothills of majesty and class that were characteristic of this (allegedly) superb wine. I’m still waiting for my Romanee-Conti moment. FOOTNOTE: a few weeks later Jodi asked Leila for advice: “He’s asked me to marry him -what do you think?” Leila told her not to do it, that she’d be miserable with this controlling, pompous jerk. Well, not only did Jodi marry the guy, she told him what Leila’d said -and that was the end of any more wine-tasting opportunities for me!